Can't find what you are looking for? Try a search!
Home » Remedies » A » Aconite 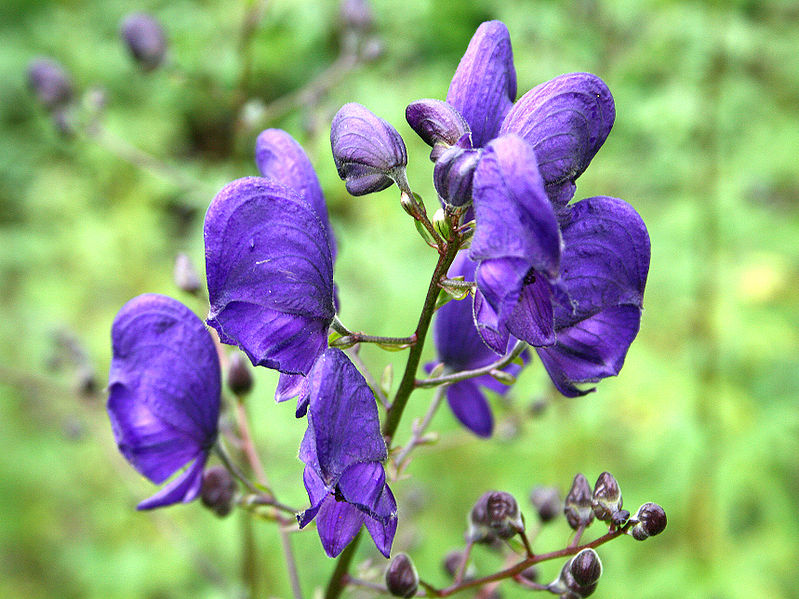 The Homeopathic Remedy Aconite is very handy remedy to have around the house and in your portable emergency kit. If you have small children or pets in the house you NEED this! Aconite can calm the panic and fear of being injured and make dealing with life’s little traumas much easier.

Aconite is good for treating sudden colds and calming shocked nerves. In first aid, it helps soothe fear and reduce shock after a scare, bad news or an accident.

Aconite is commonly used for:

Use Aconite for any type of shock or sudden injury that causes emotional distress or fearfulness in regular 20-minute intervals for up to six doses. Because of its effectiveness in treating shock, it is considered to be a valuable remedy to have in a first aid kit.

Aconite is indicated when illness presents with excessive thirst as a symptom. Aconite can be found in a liquid form and added to water to help with symptoms of thirst as well as addressing the illness at hand.

Sudden Onset of Colds and Illness:

Aconite is the remedy of choice when you suddenly feel a cold coming on. With general malaise or a feeling of sudden illness, aconite is usually the first remedy to use at the initial onset of a cold, the flu, or any rapid onset of fever, chills, sore throat, eye and/or ear infections. Aconite is best taken as soon as possible to stop symptoms when they begin.

When illness presents with aches and pains common to the onset of the flu, aconite has been shown to halt or reduce symptoms quickly.

Pets can also be easily treated with homeopathic aconite, though it is harder to assess how they are feeling due to their inability to talk. Nevertheless, homeopathic aconite is indicated whenever a pet has been injured and is suffering from shock, or if they seem to have a sudden cold or fever that is coupled with restlessness.

People that do best with aconite as a homeopathic remedy tend to be very healthy and strong, but can be easily excitable. They usually exhibit a certain strength overall, but may find that they get sick very quickly and easily. They tend to go through times of extreme fear and anxiety, and this in turn causes their restlessness to turn into a phobia of sorts. They commonly fear certain things in life or may just fear death itself.

Mind: Great fear, anxiety, and worry accompany every ailment, however trivial. Delirium is characterized by unhappiness worry, fear, raving, rarely unconsciousness. Forebodings and fears. Fears death but believes that he will soon die; predicts the day. Fears the future, a crowd, crossing the street. Restlessness, tossing about. Tendency to start. Imagination acute, clairvoyance. Pains are intolerable; they drive him crazy. Music is unbearable; makes her sad (Ambra). Thinks his thoughts come from the stomach–that parts of his body are abnormally thick. Feels as if what had just been done was a dream.

Eyes: Red, inflamed. Feel dry and hot, as if sand in them. Lids swollen, hard and red. Aversion to light. Profuse watering after exposure to dry, cold winds, reflection from snow, after extraction of cinders and other foreign bodies.

Face: Red, hot, flushed, swollen. One cheek red, the other pale (Cham, Ipec). On rising the red face becomes deathly pale, or he becomes dizzy. Tingling in cheeks and numbness. Neuralgia, especially of left side, with restlessness, tingling, and numbness. Pain in jaws.

Stomach: Vomiting, with fear, heat, profuse sweat and increased urination. Thirst for cold water. Bitter taste of everything except water. Intense thirst. Drinks, vomits, and declares he will die. Vomiting, bilious mucous and bloody, greenish. Pressure in stomach with dyspnœa. Hæmatemesis. Burning from stomach to œsophagus.

Rectum: Pain with nightly itching and stitching in anus. Frequent, small stool with tenesmus; green, like chopped herbs. White with red urine. Choleraic discharge with collapse, anxiety, and restlessness. Bleeding hæmorrhoids (Hamam). Watery diarrhœa in children. They cry and complain much, are sleepless and restless.

Back: Numb, stiff, painful. Crawling and tingling, as if bruised. Stiffness in nape of neck. Bruised pain between scapulæ.

Sleep: Nightmare. Nightly ravings. Anxious dreams. Sleeplessness, with restless and tossing about (Use thirtieth potency). Starts up in sleep. Long dreams, with anxiety in chest. Insomnia of the aged.

Modalities: Better in open air; worse in warm room, in evening and night; worse lying on affected side, from music, from tobacco-smoke, dry, cold winds.

One thought on “Aconite”