Can't find what you are looking for? Try a search!
Home » Remedies » A » Arnica Montana 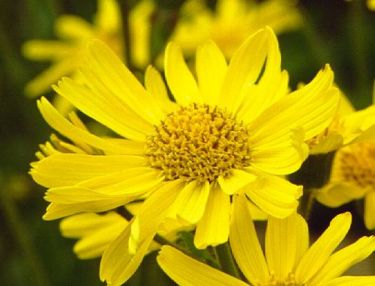 The Homeopathic Remedy Arnica is the #1 best selling homeopathic remedy in the world, and possibly the best known. It has convinced millions of people that homeopathy works.

Arnica is generally recommended when there has been some trauma to the body. Arnica is often advised, say, after someone has had a fall to reduce pain and swelling. And another occasion where it might be advised is after surgery.

Other common uses of arnica is treatment of wounds, bruises, sunburn, and other forms of skin irritation or inflammation, sprains and strains, muscle aches, leg and joint aches, rheumatic pain and inflammation from sports injuries.

Arnica is commonly used for:

Arnica, which is indicated for soreness, aching and swelling after an injury, is especially useful for treating muscle aches and pains and bruising. The site of the injury may be red, warm and extremely sensitive. The patient doesn’t want to be touched; and this refusal to allow oneself from being touched is a guiding symptom indicating the need for this remedy.

Arnica is effective for the treatment of shock from trauma. Arnica can be used to treat head injuries such as stroke, concussion or a “goose egg” from a hard bump on the head. Arnica may offer relief for any type of shock, such as an automobile accident.

In cases of shock, the victim may not want to be touched, may refuse treatment and say he feels fine, or complain that his bed feels too hard and hurts his back. These are all guiding symptoms indicating the need for this remedy.

Arnica is indicated for internal bleeding that is related to shock. It may stop or slow the bleeding of a victim of an auto accident or stem the bleeding after having a tooth pulled. Arnica may be helpful after surgery to reduce swelling and protect against bleeding during recovery.

Most of the time arnica is either taken as an oral dose in homeopathic pellets or used topically. It is an ingredient either on its own or in combination with other remedies in first aid creams and ointments. These are meant to be applied either to sore, bruised muscles or injuries requiring arnica or other remedies for swelling and pain.

Where to buy Arnica 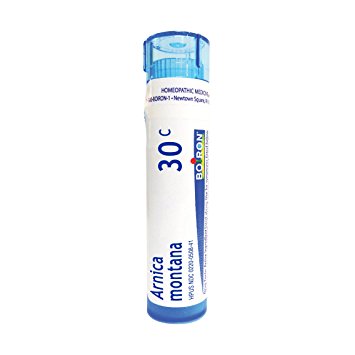 Those who can benefit the most from arnica as a homeopathic remedy may deny that they are ill in the first place. They tend to ignore any symptoms and minimize the intensity of any conditions that they are suffering from. They don’t like to be left alone and feel agitated quite often. They have a difficult time in concentrating and feel restless much of the time.

Mind: Fears touch, or the approach of anyone. Unconscious; when spoken to answers correctly, but relapses. Indifference; inability to perform continuous active work; morose, delirious. Nervous; cannot bear pain; whole body oversensitive. Says there is nothing the matter with him. Wants to be let alone. Agoraphobia (fear of space). After mental strain or shock.

Ears: Noises in ear caused by rush of blood to the head. Shooting in and around ears. Blood from ears. Dullness of hearing after concussion. Pain in cartilages of ears as if bruised.

Stomach: Longing for vinegar. Distaste for milk and meat. Canine hunger. Vomiting of blood. Pain in stomach during eating. Repletion with loathing. Oppressive gases pass upward and downward. Pressure as from a stone. Feeling as if stomach were passing against spine. Fetid vomiting.

Stool: Straining of tenesmus in diarrhœa. Offensive, brown, bloody, putrid, involuntary. Looks like brown yeast. Must lie down after every stool. Diarrhœa of consumption; worse lying on left side. Dysenteric stools with muscular pains.

Extremities: Gout. Great fear of being touched or approached. Pain in back and limbs, as if bruised or beaten. Sprained and dislocated feeling. Soreness after overexertion. Everything on which he lies seems too hard. Deathly coldness of forearm. Cannot walk erect, on account of bruised pain in pelvic region. Rheumatism begins low down and works up (Ledum).

Sleep: Sleepless and restless when over tired. Comatose drowsiness; awakens with hot head; dreams of death, mutilated bodies, anxious and terrible. Horrors in the night. Involuntary stools during sleep.