Can't find what you are looking for? Try a search!
Home » Ailments » Aches & Pains » Calcarea Carbonica 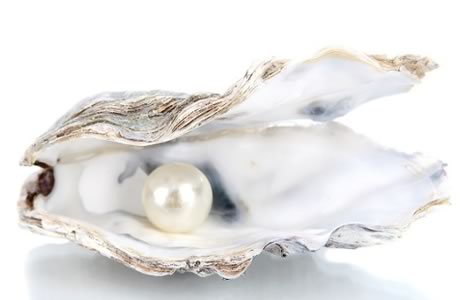 The Homeopathic Remedy Calcarea Carbonica (Calc. Carb.) is from the calcium in oyster shell and is a useful remedy for physical fatigue, muscle weakness and problems due to faulty nutrition. It can also be helpful for health problems that stem from poor circulation, as well as anxiety, phobias and joint pain.

Calcarea Carbonica is commonly used for:

The homeopathic remedy Calcarea Carbonica is used to help with overweight problems including symptoms of low energy, excess appetite and poorly toned muscles.

Calc Carb is also used for problems with slow recovery or congestion in the system including mononucleosis, acne and eczema.It also works well as a remedy for symptoms such as indigestion, flatulence, constipation, and sour belching.

The homeopathic remedy Calcarea Carbonica not only works for physical symptoms, but also for mental or emotional ones as well. Calc Carb works as a homeopathic remedy for those worries and fears that may escalate into almost obsessive behavior. The fears are often founded on the fact that somebody will see through the individual and they will therefore be unable to cope.

Calcarea Carbonica works quite well as a homeopathic remedy for children going through rather painful teething. It may help with sore gums and for an impaired development of teeth. Calc Carb can also be beneficial for cradle cap. It can also be used for health problems of growing children who were late in teething and walking and suffer slow growth.

Calcarea Carbonica is helpful for female issues such as painful menstruation, hormonal imbalance and PMS. Calc Carb may help with excessively heavy menstrual periods (menorrhagia) and sore breasts before the flow begins.

This is the type of headache where there is sharp pain, often on the right side of the head. There may also be dizziness, congestion, or catarrh associated with the headache. If there is a migraine then there may be nausea or a type of bursting pain associated with it.

Calcarea Carb can be helpful for insomnia, weakness on waking and waking unrefreshed.

Calcarea Carbonica is a homeopathic remedy that may be best suited for those who are very down to earth and affable. They tend to be very community-minded, being comforted by tradition and history. They generally take a very plodding, systematic approach to everything they do, and can become extremely stubborn if someone attempts to change their rhythm. They will have a tendency towards workaholism, from the fact that they don’t like to leave something they are working on before it is done.

Other aspects of Calcarea Carbonica patients are their tendency to be passive, overweight people with fair or chalky complexions, large heads, and large puffy abdomens. They appear to be bloated rather than solidly muscular. Their perspiration and other body discharges often have a sour smell. Calc Carb patients often crave cold or iced drinks even when they do not have much appetite. On the other hand, they may have cravings for indigestible nonfood items, such as coal or chalk. They may dislike milk or meat, and complain of headaches and nausea after meals.

Head: Sense of weight on top of head. Headache, with cold hands and feet. Vertigo on ascending, and when turning head. Headache from overlifting, from mental exertion, with nausea. Head feels hot and heavy, with pale face. Icy coldness in, and on the head, especially right side. Open fontanelles; head enlarged; much perspiration, wets the pillow. Itching of the scalp. Scratches head on waking.

Eyes: Sensitive to light. Lachrymation in open air and early in morning. Spots and ulcers on cornea. Lachrymal ducts closed from exposure to cold. Easy fatigue of eyes. Far sighted. Itching of lids, swollen, scurfy. Chronic dilatation of pupils. Cataract. Dimness of vision, as if looking through a mist. Lachrymal fistula; scrofulous ophthalmia.

Ears: Throbbing; cracking in ears; stitches; pulsating pain as if something would press out. Deafness from working in water. Polypi which bleed easily. Scrofulous inflammation with muco-purulent otorrhœa, and enlarged glands. Perversions of hearing; hardness of hearing. Eruption on and behind ear (Petrol). Cracking noises in ear. Sensitive to cold about ears and neck.

Heart: Palpitation at night and after eating. Palpitation with feeling of coldness, with restless oppression of chest; after suppressed eruption.

Back: Pain as if sprained; can scarcely rise; from overlifting. Pain between shoulder-blades, impeding breathing. Rheumatism in lumbar region; weakness in small of back. Curvature of dorsal vertebræ. Nape of neck stiff and rigid. Renal colic.