Can't find what you are looking for? Try a search!
Home » Ailments » Anxiety » Causticum 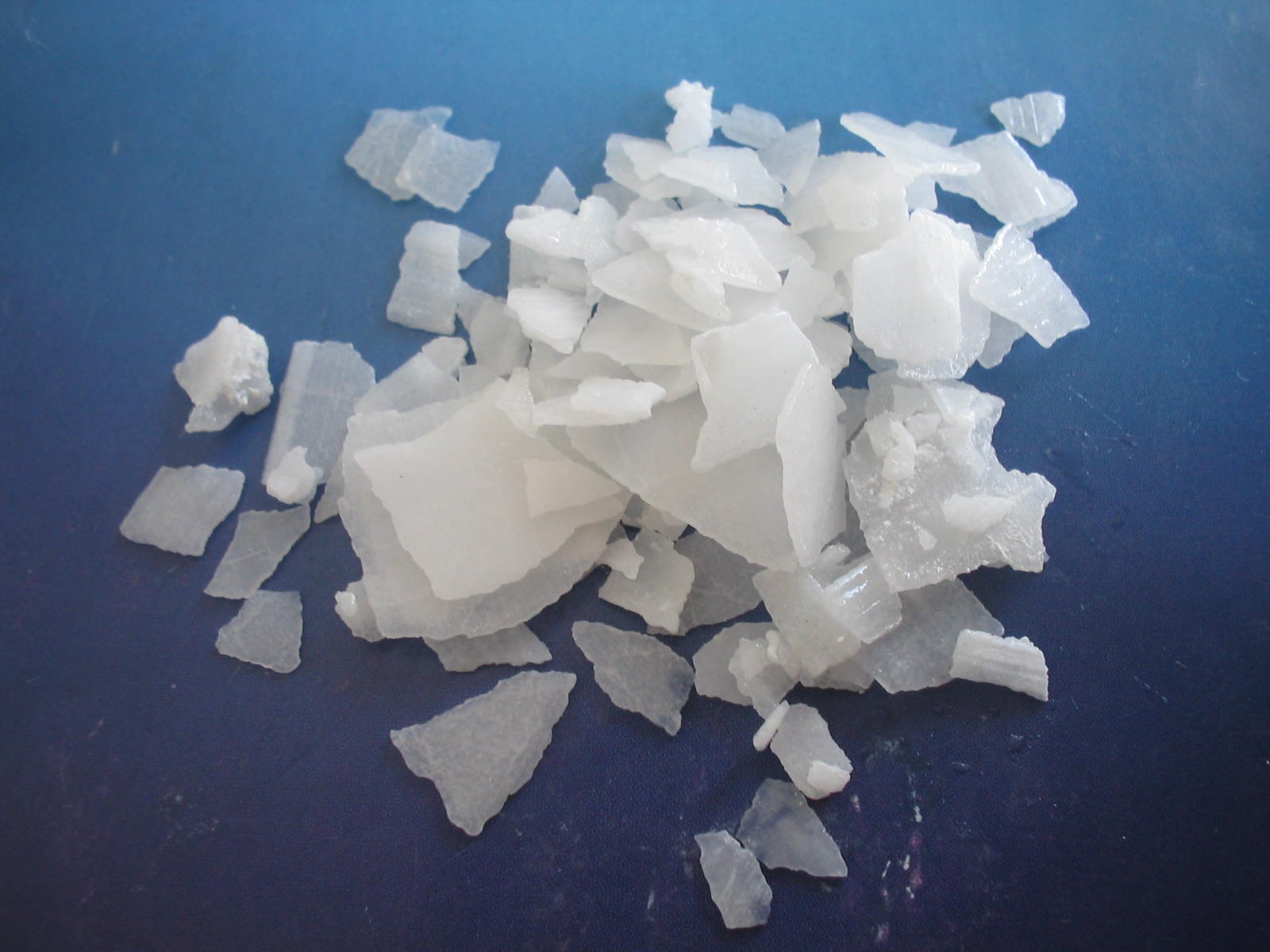 Specializing in burning pain, Causticum relieves a range of joint, neck and back pains as well as burning, blistering skin eruptions and sharp tearing headaches. Causticum has always been used specifically as a first aid remedy for burns and those pains that have a burning sensation.

Causticum is also touted as a cure for lead poisoning and as a supplement that will aid in supporting emotional needs found in people with depression or anxiety.

Causticum is commonly used for:

Causticum helps with weakness in muscles to point of paralysis in either voluntary or involuntary muscles.

Muscles often become weak and there may be associated tremors. The eyelids tend to drop and quite commonly a stutter is detected in the person’s speech. The paralysis may or may not come about and this can all be due to a number of different reasons. There can even be seizures associated with these problems.

Causticum also helps for muscle cramps and symptoms of Bell’s Palsy. Use Causticum to calm twitching, restless legs that are worse at night and feel better from warmth.

Causticum is helpful for bedwetting in older children and incontinence in adults. The person may wet the bed and this can be a long term problem in certain children. There is often a need to urinate frequently or it may feel as if urination is temporarily paralyzed in some capacity.

The individual can also have difficulty in holding their urine flow, particularly during activity or when they laugh. Causticum may help with the symptoms or with the cycles of difficulty in urinating.

Use Causticum for daytime bladder incontinence or loss of urine when sneezing or coughing. Causticum is also an excellent choice for bladder infections, incontinence, overactive bladder, urinary urgency.

Causticum relieves sore throats with burning and hoarse, scraping, raw cough. Use Causticum for prolonged hoarseness, loss of voice, and aphonia from weakness of the muscles of the larynx.

The throat often feels not only sore, but also raw and dry. Causticum can help if the person has a difficulty in swallowing or particularly if there is a choking sensation as a result of their condition. There may even be a pain in the chest that is related to asthma or some other illness.

Causticum is helpful for throat concerns of speakers and singers, and provides relief for soreness, rawness, hoarsenss, and laryngitis that worsens from overuse of the voice.

Causticum is used to help a cough that is deep, dry, and that causes pain and discomfort in the chest and throat. It may be difficult to bring up mucous even when it is necessary.

Causticum works well as a homeopathic remedy for warts that bleed easily, scars that do not heal well, and burns that tend to blister. It can calm burns, sunburns, scars from burns, and burning Rosacea.

Where to buy Causticum 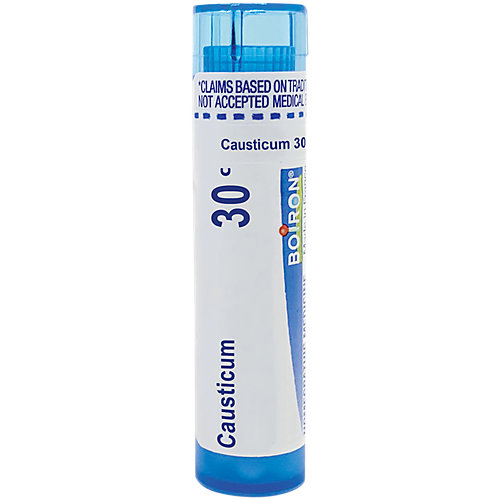 Causticum works quite well as a homeopathic remedy for the type of people who are serious and rather introspective. They may feel grief after long periods of time due to a specific event, and this can often turn into mental and emotional exhaustion. They seem absent minded, anxious, and even hopeless at times. Their forgetfulness can lead to a compulsive need to check and recheck everything that they do. They tend to react quite strongly to other people’s distress as well as their own.

Face: Paralysis of right side. Warts. Pain in facial bones. Dental fistula. Pain in jaws, with difficulty in opening mouth.

Eyes: Cataract with motor disturbances. Inflammation of eyelids; ulceration. Sparks and dark spots before eyes Ptosis (Gels). Vision impaired, as if film were before eyes. Paralysis of ocular muscles after exposure to cold.

Mouth: Bites inside of cheek from chewing. Paralysis of tongue, with indistinct speech. Rheumatism of articulation of lower jaw. Gums bleed easily.

Stool: Soft and small, size of goose-quill (Phos). Hard, tough, covered with mucus; shines like grease; small-shaped; expelled with much straining, or only on standing up. Pruritus. Partial paralysis of rectum. Rectum sore and burns. Fistula and large piles.

Respiratory: Hoarseness with pain in chest; aphonia. Larynx sore. Cough, with raw soreness of chest. Expectoration scanty; must be swallowed. Cough with pain in hip, especially left worse in evening; better, drinking cold water; worse, warmth of bed. Sore streak down trachea. Mucus under sternum, which he cannot quite reach. Pain in chest, with palpitation. Cannot lie down at night. Voice re-echoes. Own voice roars in ears and distresses. Difficulty of voice of singers and public speakers (Royal).

Back: Stiffness between shoulders. Dull pain in nape of neck.

Skin: Soreness in folds of skin, back of ears, between thighs. Warts large, jagged, bleeding easily, on tips of fingers and nose. Old burns that do not get well, and ill effects from burns. Pains of burns. Cicatrices freshen up; old injuries reopen. Skin prone to intertrigo during dentition.