Can't find what you are looking for? Try a search!
Home » Ailments » Asthma » Ipecac 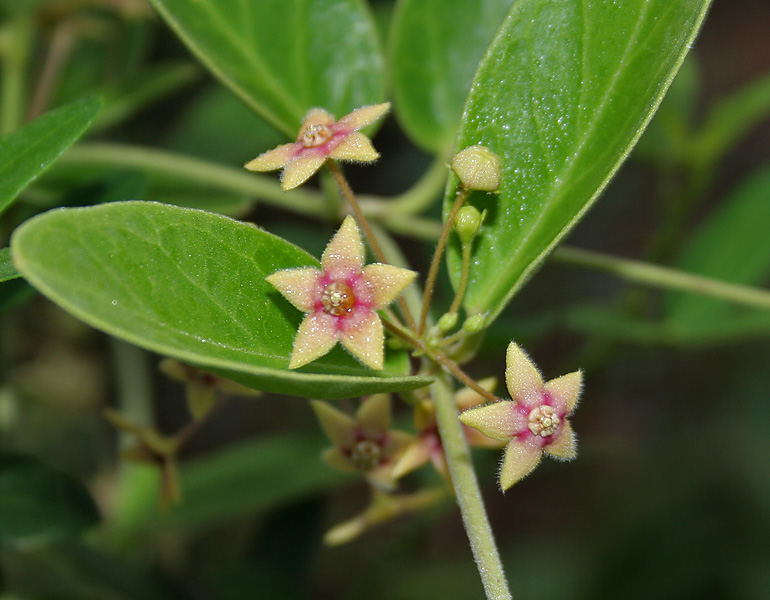 Beyond these applications, Ipecac makes the first aid kits for aiding bright red profuse bleeding, especially nosebleeds. Other applications include sore bruised sick headaches, morning sickness and even labor pains if its persistent nausea is present.

Ipecac is commonly used for:

Ipecac is used when there is a type of nausea experienced for which vomiting does not bring about relief. This homeopathic remedy can help with a bloated feeling in the abdomen as well and when there is excessive belching and gas present. There may be diarrhea associated with the condition, and it seems nearly impossible to digest food for the sufferer.

This type of migraine headache usually encompasses the entire head and can even bring about nausea and vomiting as a result of the pain. The pain can move into the face and the teeth and leave the person feeling exhausted.

Ipecac can assist with a cough that is dry and irritating in nature. This homeopathic remedy can be particularly helpful if there is a wheezy type of breathing and if there is a necessity to get help in bringing up phlegm. There may even be other symptoms associated with this type of cough such as gagging, nosebleeds, and even vomiting in extreme cases.

Gynecological problems that include: extremely heavy menstrual flow that may even bring about nausea, vomiting, and fainting. There may be spotting between periods that suddenly turn into gushing. In pregnancy, there may be help gained by using ipecac for morning sickness or unwanted bleeding.

Where to buy Ipecac 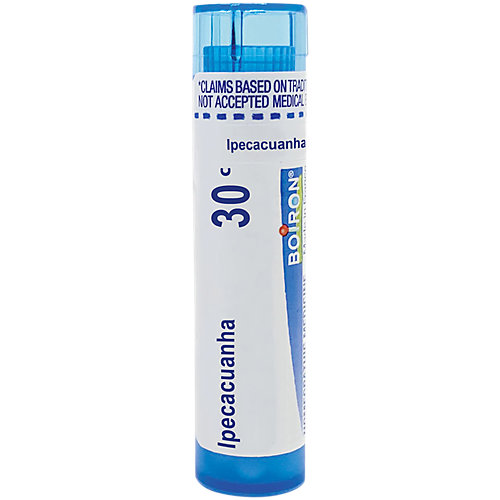 Ipecac typically works well as a homeopathic remedy for those who are irritable in nature. These people may be very difficult to deal with, particularly when they are sick. They may seem demanding and may even become depressed when they feel ill. They are often impatient and have a difficult time in dealing with the people around them at times.

Mind: Irritable; holds everything in contempt. Full of desires, for what they know not.

Head: Bones of skull feel crushed or bruised. Pain extends to teeth and root of tongue.

Nose: Coryza, with stoppage of nose and nausea. Epistaxis.

Abdomen: Amebic dysentery with tenesmus; while straining pain so great that it nauseates; little thirst. Cutting, clutching; worse, around the navel. Body rigid; stretched out stiff.

Female: Uterine hæmorrhage, profuse, bright, gushing, with nausea. Vomiting during pregnancy. Pain from navel to uterus. Menses too early and too profuse.

Respiratory: Dyspnœa; constant constriction in chest. Asthma. Yearly attacks of difficult shortness of breathing. Continued sneezing; coryza; wheezing cough. Cough incessant and violent, with every breath. Chest seems full of phlegm, but does not yield to coughing. Bubbling rales. Suffocative cough; child becomes stiff, and blue in the face. Whooping-cough, with nosebleed, and from mouth. Bleeding from lungs, with nausea; feeling of constriction; rattling cough. Croup. Hæmoptysis from slightest exertion (Millef). Hoarseness, especially at end of a cold. Complete aphonia.

Sleep: With eyes half open. Shocks in all limbs on going to sleep (Ign).

Extremities: Body stretched stiff, followed by spasmodic jerking of arms towards each other.